In 2012 Invisible Children found itself needing a better way to explain our mission. I led the charge, and after four months, we had a final product. We kept the mission statement itself simple and wrote supplementary copy to tell the whole story in 107 words. We used combinations of these copy blocks for countless assets. For the first time, we were communicating our work clearly and consistently.

Joseph Kony and the Lord’s Resistance Army have been kidnapping, killing, and displacing civilians in East and central Africa since 1987. We first encountered these atrocities in northern Uganda in 2003 when we met a former child soldier named Jacob who feared for his life and a woman named Jolly who had a vision for a better future. Together, we promised Jacob that we would do whatever we could to stop Joseph Kony and the LRA. Invisible Children was founded in 2004 to fulfill that promise.

We believe in the equal and inherent value of all human life. We believe that a worldview bound by borders is outdated and that stopping injustice anywhere is the responsibility of humanity everywhere. We call this ethos Fourth Estate.

Invisible Children focuses exclusively on the LRA conflict through an integrated four-part model that addresses the problem in its entirety: immediate needs and long-term effects.

We work with regional partners to build and expand systems that warn remote communities of LRA attacks and encourage members of the LRA to peacefully surrender.

We mobilize massive groups of people to support and advance international efforts to end LRA atrocities.

We work to rehabilitate children directly affected by the LRA and invest in education and economic recovery programs in the post-conflict region to promote lasting peace. 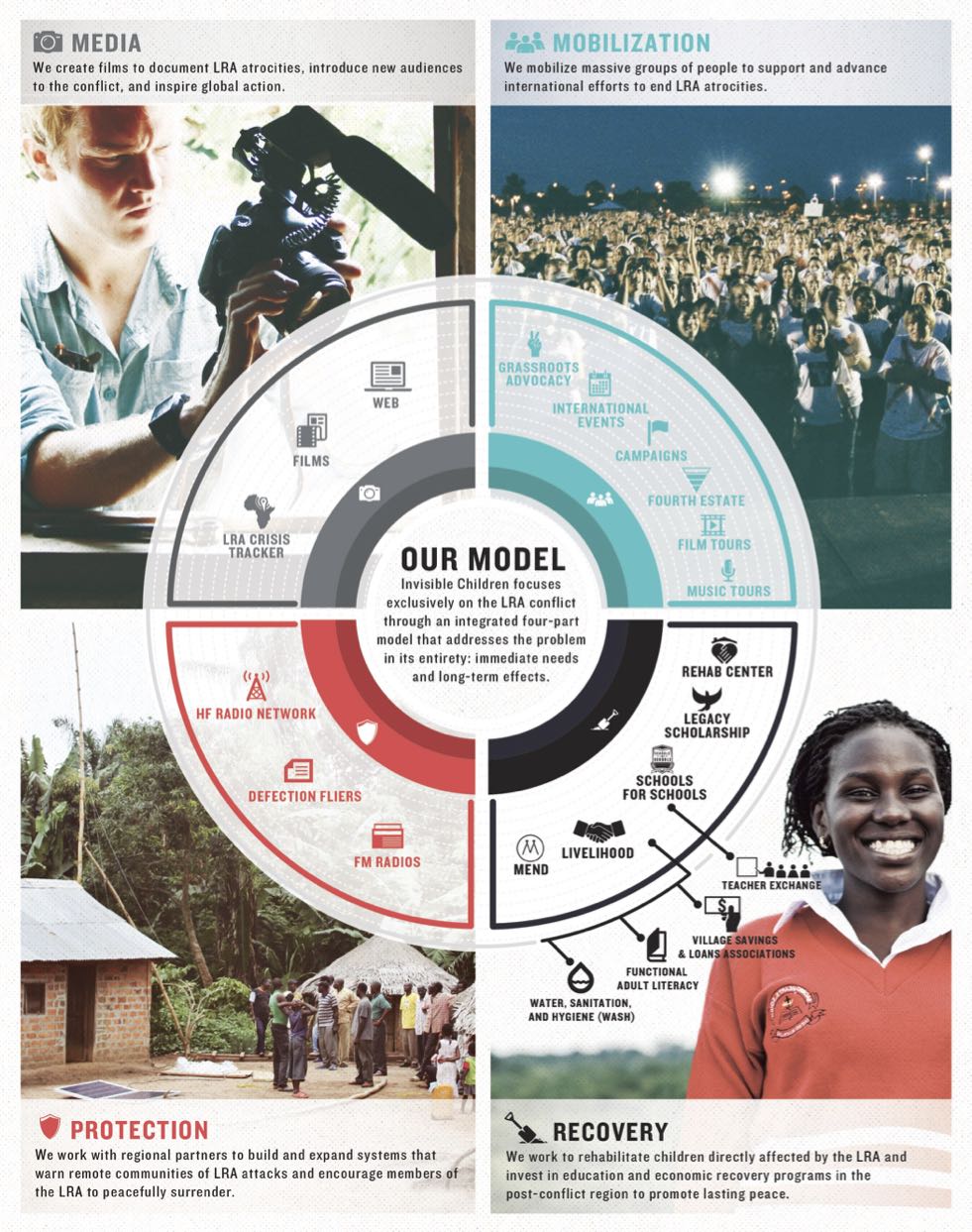